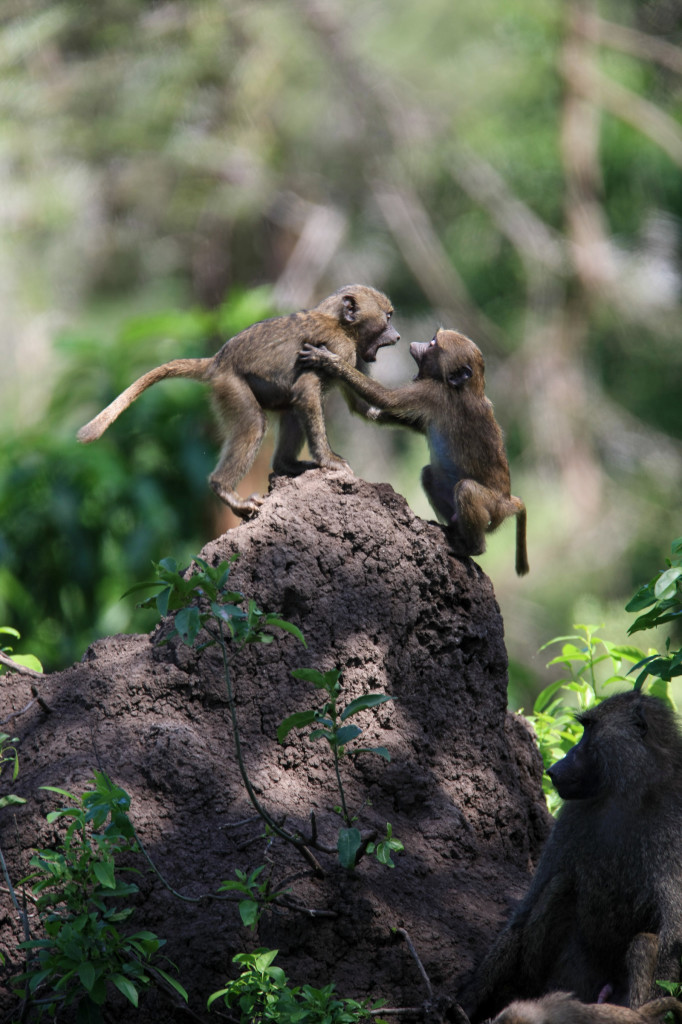 Lake Manyara, below the Rift Valley escarpment, is home to various habitats despite its small area (330 sq km/205 sq miles), of which two hundred are occupied by the lake. They range from dense forests fed by springs that emerge at the foot of the Rift Valley to savannahs and wetlands.

Among many animal species there are large colonies of baboons, vervet monkeys and and other species of monkeys, elephants, giraffes and three hundred and eighty species of birds. From December to March, large flocks of lesser pink flamingos can be found here before migrating towards Lake Natron from June to October.

For its variety, its beauty and its strategic location along the road from Arusha to Ngorongoro and the Serengeti, Lake Manyara National Park is definitely worth a visit.