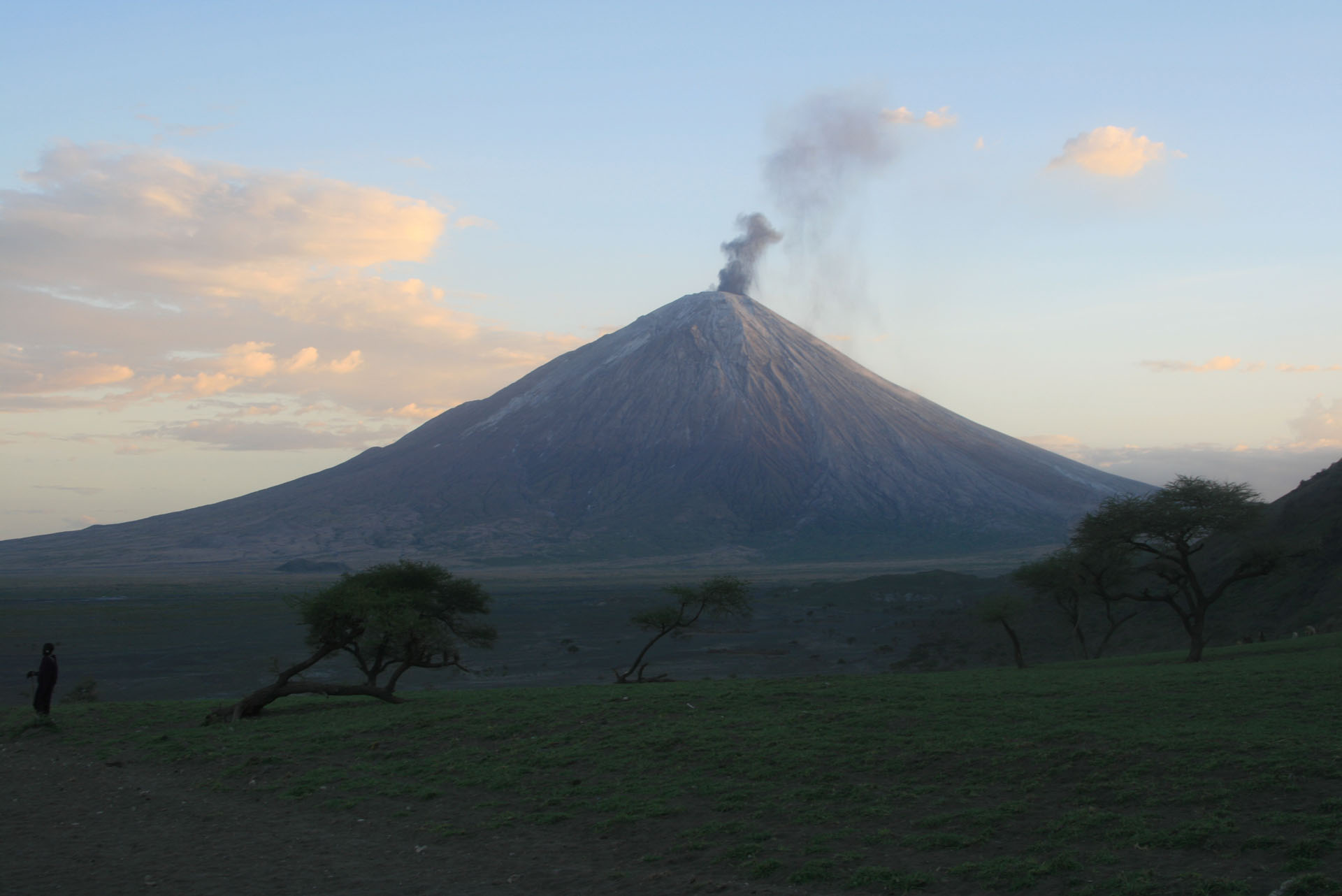 Lake Natron is fifty kilometres in length and about twenty-five in width. It is a highly alkaline lake that occupies a depression created by the Rift Valley, a lava desert area of rugged beauty in the extreme north of Tanzania.

Natron is the usual nesting area for millions of lesser pink flamingos who are fond of the cyanobacteria present in high concentration in the lake water, especially during the dry season (June to October), so they flock to its shores.

The area is extremely arid and dominated by the perfect cone of Oldoinyo Leng’ai, the volcano sacred to the Maasai people, who consider it the abode of the divinity Leng’ai.

At an altitude of nearly three thousand metres above sea level, Oldoinyo Leng’ai is the only volcano in the world that emits natron-carbonatite lava, rich in sodium carbonate, with very low viscosity and temperatures since it rises at 500–590 °C. When the lava is flowing it resembles a kind of very fluid, dark “river” that some have likened to a stream of mud. After emission, when it comes into contact with water, the colour of natron-carbonatite lava changes rapidly to white, so that the top of the volcano seems to be cloaked in snow.

The last eruption was in December 2007 – January 2008 (which we witnessed in person as we were right there!) and it made the climb to the volcano summit even tougher since the lava completely erased the temporary trail that could sometimes be followed, and the small flat areas for stopping to catch your breath have gone completely. At that time we stopped offering trekking on Oldonyo Leng’ai.

The trails to reach Lake Natron (both from the Serengeti, taking about five to six hours, and from Manyara, taking about three to four hours) are extremely scenic and you will be able to meet the Maasai communities who live off most tourist circuits.

The hike to the edge of the lake offers a magnificent sight; the hike along the Engare Sero creek, which flows through a narrow rocky gorge, leads to a beautiful waterfall where it is possible to swim. This isn’t a difficult trek but part of the route requires walking through water (which rarely reaches the knee height) so requires swimwear and non-slip footwear. Accommodation at Natron is limited and pretty basic.

We recommend this itinerary for travellers who seek a different experience to the classic safari.