I did not expect Safari Crew to be so well prepared and attentive to every single detail of our trip. We had the amazing opportunity to visit Lake Manyara, Ngorongoro, Serengeti and Lake Eyasi in 5 days.
We combined the safari with the exploration of different local tribes getting the opportunity to taste a bit of history of this amazing country.

Rocco, the owner of the company, is simple the best; he was always there whatever we needed, ready to last minute changing programs, trying make our trip unforgettable. Our guide, Naftal, was extremely friendly and his spotting animals skills were simple amazing. We wouldn’t have seen a cat without him.

Safari Crew is a locally based company and they really know how to make things working. We couldn’t ask for a better solution!

It’s been 3 months since our stay but the images and atmosphere of this wonderful country are still vivid.

Rocco was a great organizer and our guide Yusuf led us to the discovery of fantastic places not only for the almost uncontaminated environment and the many wild animals we met but also for his stories that made us understand a lot of the local culture . The accommodation and food lived up to a higher category. Although we had been visiting all the parks in South Africa for the previous 5 years and Kruger in particular, the experience was so strong that we dreamed of returning next September for the Great Northern Migration.

Thanks Rocco for everything. We hope to see you again soon.

Safari Crew Tanzania allowed us to live an unforgettable experience.
Rocco the owner, organized everything down to the smallest detail with the help of Emmanuel, an excellent and friendly local guide.
In this agency you can count on the utmost seriousness. Thank you!!

Andrea - " Reliable .. and passionate with everything which regards Africa"

At the beginning of July 2019, I wrote to Safari Crew Tanzania and a number of other T.O. members of ATTA for a two-person, 15-day safari beginning in August 2019, with already fixed flights from and to Europe. As I had already been in Tanzania, I asked for a tailored private safari including both northern and southern circuits to see some places I already saw and adding new ones.

After a few e-mails exchange, the Safari Crew competitors proposed us patched itineraries directly taken from their standard safaris, resulting in useless intermediate stops and in a not well structured trip. On the contrary, the Safari Crew Director first proposed a phone call in order to deepen our requests and analyse the possible alternatives and difficulties; after a number of phone talks, he sent us an itinerary. Though a bit more expensive, the Safari Crew proposal (1 day Lake Maniara and Ngorongoro crater, 2 days in central Serengeti and 3 days in northern Serengeti, 1 day in Lake Natron, 3 days in Selous G.R. and 3 days in Ruaha N.P., including internal flights and only one intermediate night in Arusha) was well balanced and tailored on our needs.

Malaki, the guide we had in the northern circuit, was always attentive to all of our practical needs and also very smart during the safaris: he has a very good knowledge of the animal behaviour and could spot them at incredible distances. He knew exactly where stopping the car to wait for the animals to approach us. Kahimba, the guide from Mdonya old river camp whom we had in the Ruaha N.P., also had an incredible sight and was always attentive; he has a deep knowledge of the whole park ecosystem and is particularly fond of elephants: he let us see and understand many details of their behaviour that we did not imagine although we already had many safaris. None of them tried to save his time cutting the drives in the afternoon and they both did their best to satisfy our expectations. This should be the standard, but does not always happen.

We are satisfied about the safaris and all the operator services

The organization was perfect, since the booking phase where Rocco was very helpful and he recommended the best tour for our short stay and even though we decided to have this trip only one week before the departure, Safari Crew was able to find very comfortable lodges and connections from and to the Kilimanjaro airport.
Our guide Isaac Taylor was amazing! He brought us throughout this incredible country with his experience and kindness, he gave us the opportunity to live a stunning experience that in the end was even above our expectations. We felt part of the wildness and we got amazed by the beauties of Tanzania. Thank you Isaac for everything, we will never forget this trip.

I hope to see you soon.

Andrea - "on the roof of Africa... superb organizing" 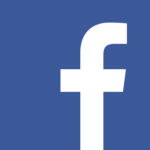 angieUmbria - "Tanzania the most authentic Africa"

James and N. - "We have spent 12 incredible days in Tanzania"

We have spent 12 incredible days in Tanzania organized by Roberto from Safari Crew Tanzania that with his knowledge and years of experience made us a tailored bispoked wonderful andventure. Even when the in flight to Tanzania lost our bags they took care of everything. Everybody in Tanzania knows Roberto and his wonderful reputation.

Luelina - "the journey of dreams"

Oliver - "The result was a perfectly tailor-made safari"

We have just come back from a fantastic week spent in Tanzania.

We had a similar experience last year (same time, end of January) for 12 days when we visited Manyara, Tarangire,
Ngorongoro and Serengeti and Western Kilimanjaro and we had so much fun that we decided to come back again, to visit Lake Eyasi and to go back to the Serengeti, simply the best park I’ve hever been to.

Lake Eyasi is an incredible place, out of time. It is home to the Hadzabe people, the survivors of a civilization that knows nothing of agriculture, livestock, pottery, and metals. They live by hunting with bows and arrows, and gathering wild berries and fruits. They are the last heirs of the homines sapientes who took their first steps right here, along the Rift Valley, about 200,000 years ago.

The young men of the tribe were sitting around the fire, warming up themselves before the morning hunt. They wore colourful beads, baboon skins and were passing each other a pipe made of animal bone in which they smoked spontaneous weed. All in a sudden they stood up, the blond, skinny dogs followed them immediately: the hunt was on. This is all authentic not staged for tourist purposes, it was all real. Meeting the Hadzabe has been the kind of experience that I desperately was hoping my kids would have had in Africa.

The Serengeti ecosystem is, between January and March, simply the best place to be: the plains between Seronera Valley (central Serengeti) and the Ngorongoro Conservation Area become the scene of “the greatest show on earth”: 2,000,000 ungulates congregate in this area, the savannah is covered by wildebeest and zebra as far as the eye can see, it is calving season and the newborns attract many predators who cannot wait to feast on them. We spent 2 nights at Kati Kati Camp in central Serengeti and 2 nights at Mbugani Camp near Lake Ndutu, in the north-eastern sector of the Ngorongoro Conservation Area which is actually part of the Serengeti.

Seeing the Serengeti migration is just the best you can expect from your safari.

After 4 amazing nights spent in the Serengeti we went back to Karatu, the morning after we were back to Arusha.

The tour operator we chose for our safari was simply perfect. Having travelled with them last year we had no doubt about which safari company to book through: Safari Crew Tanzania, and once again they proved to be extremely professional and great value for money. I had previous experiences with the upscale companies you hear of with fancy brochures and websites that regularly do business in Europe and the U.S. and I can tell that with Safari Crew Tanzania you can get a more personalized service at a much lower price.
Our expectations were definitely high after last year’s experience but were fully satisfied. We cannot thank them enough.

Everything went like clockwork, thanks to Robert, one of the owners of Safari Crew Tanzania. He worked closely with us to understand what we wanted and offered us several
options in terms of itinerary, accommodation and budget. The result was a perfectly tailor-made safari for our family.

Just like last year, we had the pleasure to be accompanied by Hubert, a gentleman in his 50’s with 25 years spent on the wheel. He was able to spot things beyond the scope of the human eye, he was knowledgable about animal behavior, extremely kind to our children, very conscientious driver and turned to be a great travel companion. His ability to position the jeep for prime location happened time and time again. His ability to find the animals and read their direction was incredible.

Overall, a fantastic trip. We hope to be back again next year.